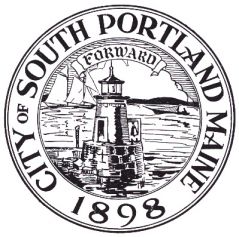 The City of South Portland is a coastal community in southern Maine encompassing an area of 12.93 square miles. The city has been referred to as two cities, with the western half of the city hosting commercial, industrial and advanced technology property and the eastern half of the city sporting a community college, a beach area, several parks, one of the State’s largest marinas, a municipal boat ramp, a maritime museum and the second busiest oil port on the entire East Coast.

In the 1800's, South Portland and what is now Cape Elizabeth was a community (known then collectively as "Cape Elizabeth") that was home to both residential and industrial activity.  The residential area of what is now Cape Elizabeth, and historically industrial areas of the City, such as the Ligonia neighborhood, the shipyards and commercial activity in Ferry Village, Knightville, Turner's Island, and a military base.  When automobile travel developed, Maine's major highway came through the town.  Throughout the years, the combination of business, industrial and residential has been a defining feature of the community.

In 1940, a shipyard was established in the East Coast of the community to build cargo ships for Great Britain. When the United States became involved with World War II the shipyard expanded and turned out 274 Liberty and Ocean ships, which accounted for more than 10 percent of all the Liberty ships built during the WWII era. At its peak, the shipyard employed some 30,000 people, including thousands of women, "Wendy the Welders" and "Rosie the Riveters" who took over the jobs vacated by men going into the service. The shipyard gradually ceased operations after the war ended in 1945.

The city remained relatively quiet until the mid 1960’s when consideration was given to develop a piece of land on the west end of the city. Recognizing the location as having a healthy economic future, the city purchased 137 acres from Dwyer’s pig farm in anticipation of the Interstate 295 spur through Portland and South Portland that would be linking with the turnpike just south of the farm, with the added advantage of the close proximity of the Portland International Jetport (the runway is actually located in South Portland). When a developer came to the area looking for a likely spot for a shopping center, South Portland was chosen over Portland, Scarborough and Falmouth. As a result, the Maine Mall opened its first twenty stores to crowds of shoppers in August 1971. In September of 1972 the total taxable sales for the month were 7.5 million. The Mall employed 2,000 employees and had a 10 million dollar annual payroll. In the last 30 years the Maine Mall area has evolved from farmland into the largest retail, commercial, and office complex north of Boston and currently employs more than 3,000 people. Each year the Mall’s 140 businesses draw 13 million visitors to its 1.2 million square feet of retail space. The population of South Portland swells from 23,300 to between 60,000 and 80,000 whenever the Mall’s doors are open.

In the western half of the City where the Maine Mall is located, you will also find two world-class computer chip factories, Fairchild and Texas Instruments, Maine headquarters of Anthem Blue Cross/Blue Shield and WEX. These businesses provide employment to approximately 6,000 people.

Because of the tax benefits of having such a large and diverse growth of business and commercial property, local government is able to provide many amenities to its residents. Residential taxes account for only forty cents of every tax dollar collected. Citizens enjoy excellent public safety services with the Police and Fire Departments staffed with over 115 employees supplemented by 100 call company personnel.

The Parks and Recreation Department provides services which improve the quality of life for the residents and creates a very active sense of community. The Parks Department maintains a nine-hole Municipal Golf course, 525 acres of park land (of which 300 are actively maintained), a municipal beach and over 8 miles of walking trails. The Recreation Division oversees a municipal swimming pool and a new community center. Six week summer recreation camps provide several hundred children the opportunity to stay active and social through out the summer. Seniors have many opportunities to gather at the community center for a lunch, bingo, walking on the indoor track and also enjoy many other activities. South Portland places tremendous value on recreational sports and activities.

The Public Library maintains a collection of over 90,000 volumes and offers specialized service to the homebound and shut-ins as well as a unique young adult room in the main library.

The South Portland Bus Service operates a fleet of seven 30-foot, handicapped accessible, transit buses over 5 routes through the City.

The South Portland Historical Society and Museum remains a great resource for learning about the history of Cape Elizabeth and South Portland.

On February 9, 2021, the City Council was presented with the results of the National Community Survey. The report provides the opinions of 797 residents of the City, collected from November 10, 2020 to December 29, 2020, reporting on ten central facets of the City's "livability".

Click here to view the results.
Click the tabs at the top to scroll through the different measures.
Click here for a PDF version of the report.