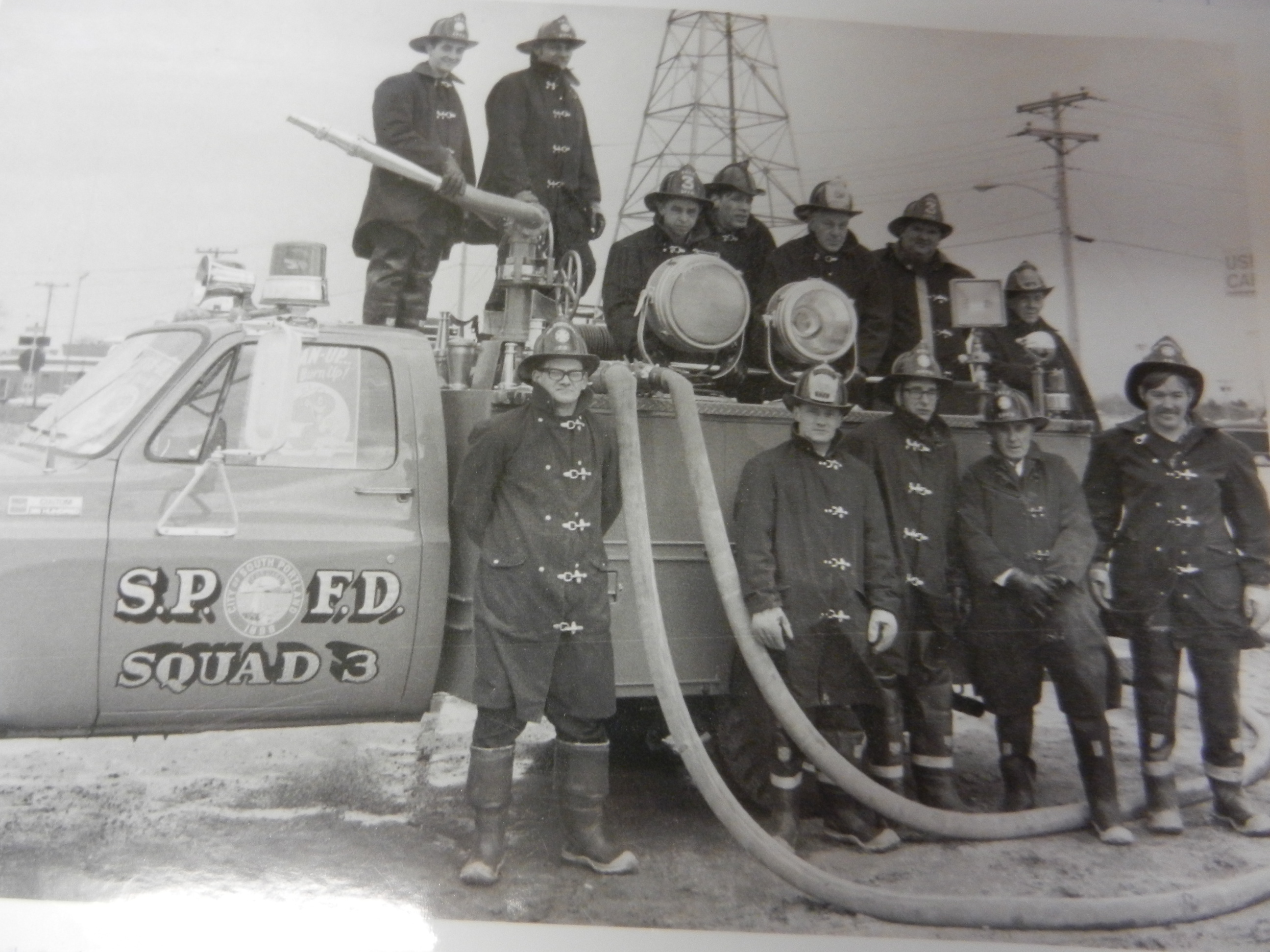 Arthur tells us that the Pleasantdale Hose Company was organized in 1893 for much the same reasons other companies were popping up around town.  South Portland consisted of some densely populated villages along the shore where residents were quite concerned about fire, especially in the wake of the great fire of Portland.  The hose company history covers through pretty much the 20th century and goes into a bit more detail than we have space for; however, here are some of the more interesting things.

Between 1893 and 1921, records indicate the company moved around several times.  At one point, they were located in Palmer’s Garage which you may remember from a story in September.  Prior to that, the call company leased a stable behind the old Summer Street Schoolhouse to store the hose cart.  If a call came in, any horse in sight would be put in service to pull the cart.  The horse used most often belonged to Will Dyer who operated a grocery cart.  If a call came in, he would unhitch the horse from the cart and have it ready for a member of the company to grab as they dashed off to hitch up the hose cart.

In 1921, the company purchased land on Robinson Street and Arthur Johnson’s grandfather and great-grandfather of the Cromwell family were said to have poured the foundation for the building.  The station served the company well for decades until a need to build a block addition arose.

Arthur writes that one of the most memorable fires Pleasantdale Hose Company was involved in was the May 1945 crash of the Air Force bomber that destroyed the Westbrook Street Trailer Park.  The company went on to become specialized in oil fire suppression due to the expanding number of storage tanks along the harbor.  The company was so well trained that they were featured in a national publication called “Fire Engineering” in 1950.

Arthur Johnson tells us church bells were used in the early days to signal when firefighters needed to respond.  Air horns came into use later and would sound out box numbers.  It was in 1919 when tappers, a kind of telegraph-like system, were installed in the homes of firefighters.  The system, using bells, would tap out a box number thus indicating the location of the fire.  In the 1960s and ‘70s, beepers and radios came on the scene and, except for the unusually large size of the early equipment, very little has changed since then.

Some of the story of Pleasantdale Hose Company is reminiscent of the ingenuity talked about in Cotton Towing published last June.  Doubtless you’re familiar with the saying “necessity is the mother of invention.”  From its formation through 100 years of history, the members built or modified existing trucks to fulfill their needs.  This included construction of new trucks or conversion of old ones, often using the members own money or funds raised from dinners and sales.  In the 1920s, the company even built its own ladder.  It was a special 55 foot “Bangor” ladder made from selectively cut and milled pieces.  The ladder remained in service until 1973.   It was on October 7, 1990 when they received a Congressional Fire Service Award from Congressman Joseph Brennan for their dedication to fire service and their personal generosity benefiting the health and welfare of residents, having donated their own money to build eight of the trucks operated out of Pleasantdale’s Robinson Street station.