Whether you’re enjoying a relaxing lakeside vacation,  ocean breezes on a windjammer sail, or dining out in one of Maine’s terrific restaurants – that’s what summer in Maine is all about.  The South Portland Historical Society is very excited that its signature fundraiser is here again. The Summer in Maine Auction has become the premier online auction featuring all the best that Maine has to offer.  All items up for bid have been donated by the service providers, allowing all auction proceeds to go directly to benefit the historical society and its museum at Bug Light Park.

Bid for yourself or for someone special - the auction will close in plenty of time for you to pick up a great gift for Father’s Day. The auction website can be found at www.SummerInMaineAuction.com.  On Sunday, June 3rd, the auction will go live and will run through June 9th.  Auction-goers will be able to simply click the bid button to place a bid.  Anyone spending time here in Maine in the summertime will be able to find great places to stay, excellent restaurants, cruises all along Maine’s coast, museums, outdoor activities and more. You can bid on a five day vacation stay in a lakeside home, tickets for a Casco Bay cruise and tour of Fort Scammel on House Island, or a getaway at the Sebasco Harbor Resort with plenty of golfing.  A sampling of other donors include the Downeast Duck, Amtrak Downeaster, Coastal Maine Botanical Gardens, Portland Discovery, Downeast Windjammer Cruises, Maine Historical Society, Maine State Music Theater, Village by the Sea, Casco Bay Lines, Courtyard by Marriott, the McKernan Center, and Scratch Bakery.  There are auction items in all price ranges up for bid.

Now that the donors have generously given these great vacation items, the fundraiser is now in the hands of auction goers. Bid early ~ and bid high! FMI on the auction, visit the website or call us with questions at 767-7299.  Our thanks to the community for your continuing support of our historical society. 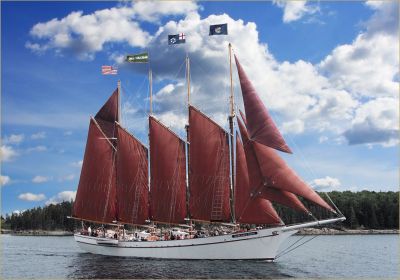 South Portland Historical Society is undergoing another preservation project, of sorts.  It will be republishing the William B. Jordan, Jr. book that is looked to by many as the most complete and authoritative record of South Portland and Cape Elizabeth history ever published. Mr. Jordan, the retired history professor and noted Maine historian, gifted the ownership and copyright of his book to the Society in 2010.

Book sponsors are currently being sought to assist the historical society with the costs of republishing. Each sponsor will have their name included on a special Acknowledgement page within the book, and will also receive a copy of the book upon its publication, expected in September 2012.  If you would like to help the Society with this project, please mail your check for $100 to: South Portland Historical Society, 55 Bug Light Park, South Portland, ME 04106. Please note on your check, or on a separate page, how you would like your name to appear in the book. For more information, call 767-7299. 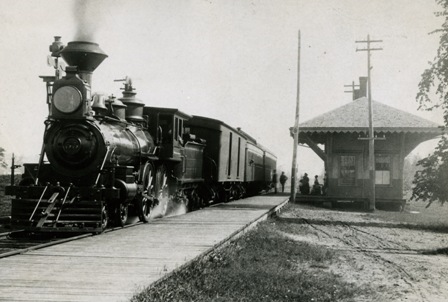 The Cushing’s Point Museum at Bug Light Park will be the host to a fun afternoon event this Saturday, June 16 at 2pm.  Visitors will be treated to a visit and talk with retired First Sergeant Frederick MacBride.  MacBride served for the Union in the 1st Maine Heavy Artillery regiment during the American Civil War.  MacBride will be played by historical society member, John Kierstead, who has been a Civil War re-enactor for many years.  Kierstead is a wealth of knowledge on the Civil War period.  He will talk about the hardships that Civil War soldiers had to endure on and off the battlefield, as well as the way life was for average citizens in 1860s America.

With his incredible attention to detail, Kierstead is well-known in South Portland for his highly-accurate portrayals of key historic figures.  For many years, he has brought Winston Churchill alive for Memorial Day Parades and other events;  he also portrays Benjamin Franklin at South Portland’s annual 4th of July Celebration at Bug Light Park, enthralling the public with his lively readings of the Declaration of Independence.

This is a free event, open to the public. To reach the museum, take Broadway east to the ocean, turn left onto Breakwater Drive, then right on Madison Street that leads right into the park. For more information, call 767-7299. 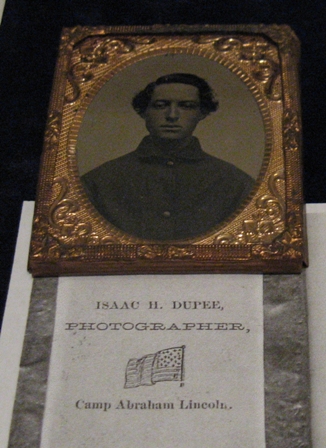 One of the exhibits we’ve expanded at the museum this season covers horse racing and riding in South Portland.  Most people who have an appreciation for South Portland history are well aware of the Rigby Park trotting park that was in operation near Cash Corner in the 1890s.  We have also covered the Island Trotting Park (also known as Baldwin’s Race Track) that operated in the Ligonia neighborhood of South Portland in the 1850s; to envision where that race track was located, think of where the Sprague Energy oil storage tanks are being painted today.

While these two trotting parks certainly are a very interesting part of our community’s history, they existed more than 100 years ago so no one is left who would remember them.  In contrast, our new addition to the horse exhibit, T-Ledge Stables, is much more nostalgic.  The riding stable, owned and operated by Nell Barnes “N.B.” Knorr, was in operation from 1938 right through the 1970s.  We have already seen many local people coming through the museum who remember it well. T-Ledge Stables was the fall-through-spring location of the stable on Highland Avenue; in the summer, N.B. would have the horses sent, two-by-two, in a horse trailer to Orr’s Island where she operated the T-Ledge Camp for girls.

New photographs were added to the exhibit this week, thanks to a donation from Janet Dougherty Romano.  If you have photos of T-Ledge to share, as well, we would love to hear from you!  The historical society’s museum at Bug Light Park is open every day from 10am to 4pm; there is no charge for admission.  To reach the museum, call 767-7299 or visit http://www.sphistory.org/ for more information. 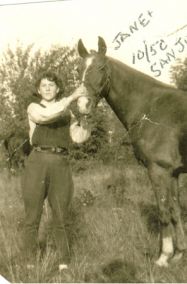 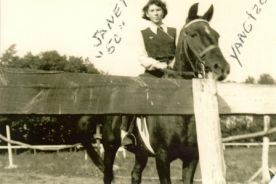 Come join the fun at Bug Light Park where the South Portland Historical Society will host the annual Fourth of July South Portland next Wednesday. The museum will open at 10am with free admission.  A fundraiser barbecue will start at 11am and be available throughout the day serving hot dogs, hamburgers, sausage sandwiches and more, all at reasonable prices;  proceeds from the barbecue benefit the museum.

From 11am until noon, we will enjoy live music, played by Rob Schreiber’s jazz band, Standard Issue, from the front porch of the museum.  Standard Issue offers classic jazz from the Great American Songbook with Colleen Clark on Vocals, Emmett Harrity on Piano, Nick Merriam on Acoustic Bass and Rob Schreiber on Drums.  This will be their South Portland CD release party for their debut recording. $1 of the sale of each CD will go to the South Portland Music Boosters – a not-for-profit that promotes music programs in grades 4-12 in the South Portland public schools.

Of course, the highlight of South Portland’s Fourth of July is the lively reading of the Declaration of Independence at 12 noon by our own Benjamin Franklin.  Mr. Franklin, played by Society member John Kierstead, has never disappointed in his annual appearance.  His fiery reading of the document proclaiming America’s independence is a tremendous way to get into the spirit of the holiday.

Afternoon activities for kids will include old-fashioned games at 1:30, followed by Lobster Lore, an educational program sponsored by Weathervane Seafoods, at 2pm.

Celebrate our nation’s birthday with a picnic and games at the park, watch the kite flying (or fly your own) and take in the spectacular views of Casco Bay.  Don’t forget to stay for the fireworks! 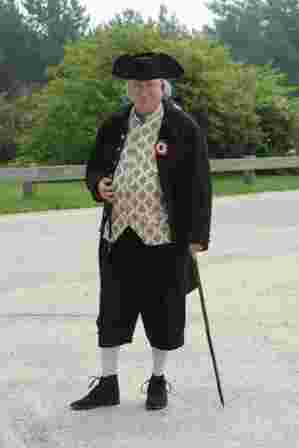