The Patrol is the largest and is considered to be the "backbone" of the department. This division is composed of uniformed patrol. The Patrol Division consists of five patrol teams (A, B, C, D, and E), Animal Control, and Traffic Management. Patrol teams are under the command of patrol lieutenants and supervised by patrol sergeants. Assignments within this division include K-9 Teams, Drug Recognition Experts and traffic officer.

The Investigative and Support Services Division is comprised of detectives, technical services or crime scene staff, as well as the Public Safety Communications (Dispatch) personnel. Detective and Crime Scene personnel are assigned to follow-up on the more serious crimes, as well as the offenses that require extensive follow-up or specialized investigation. Community Services consists of the Community Response Unit (CRU), School Resource Officers, Behavioral Health Liaison, and the VIPS and intern programs, under the command of a lieutenant and supervised by a sergeant.  The Public Safety Communications personnel staff the phones and dispatch police, fire and rescue units to requests for service. 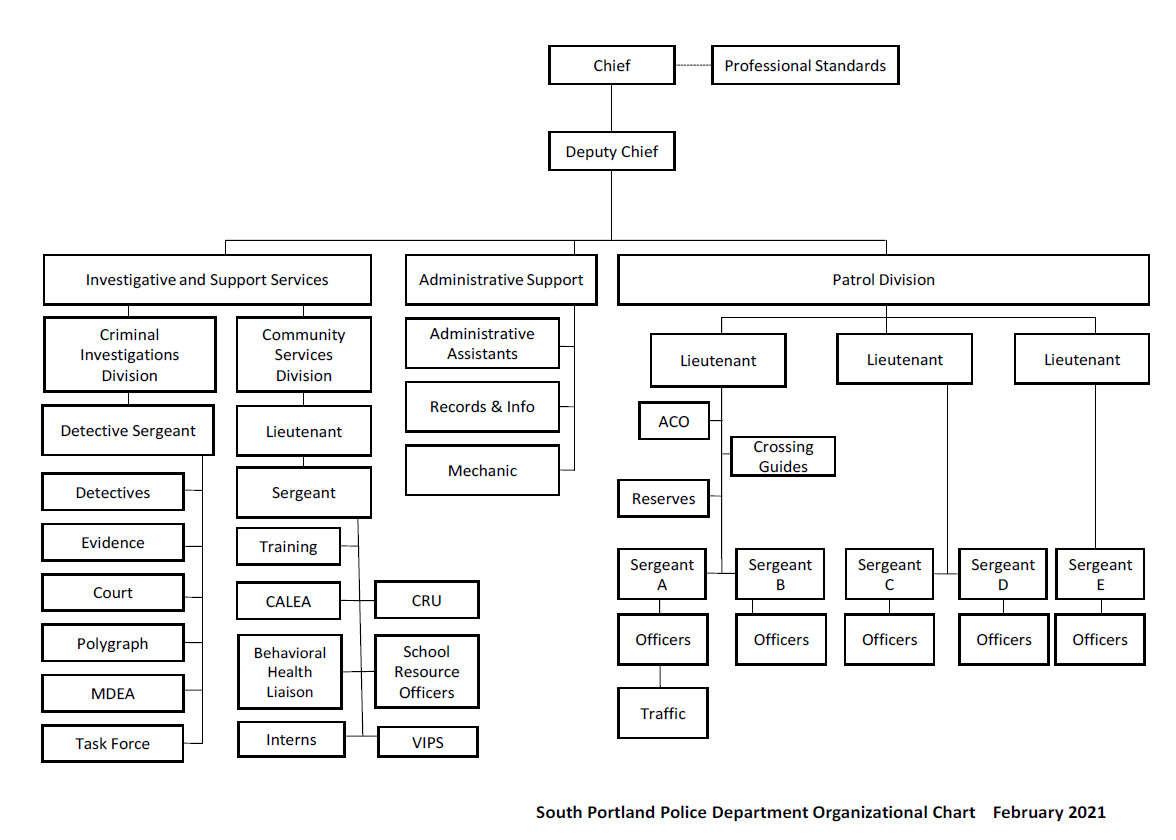