This study has concluded as of November 2021. GPCOG is preparing a final report to be completed in December 2021.

The City of South Portland has received numerous requests to improve traffic safety within the Cash Corner neighborhood. As a result, the City undertook a study to investigate traffic conflicts in the Cash Corner neighborhood and ways the City could improve the situation. A number of traffic installations went in on a pilot basis from August to October to address various traffic conflicts (especially truck traffic on neighborhood streets and speeding, which based on survey results and data collection, were of the most concern). Those installations are shown below. 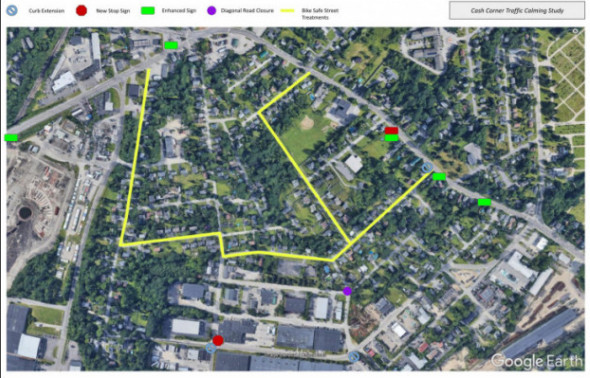