Home to Portland Breakwater Lighthouse
and the Liberty Ship Memorial

Bug Light Park, the eastern terminus of the Greenbelt Walkway, offers expansive views of Portland Harbor and the skyline of Maine’s  largest city. The 8.78 acre park was the site of major shipbuilding activity during WWII. An estimated 30,000 people were employed here from 1941-1945 building liberty ships for the New England Shipbuilding Corp. and the South Portland Shipbuilding Corp. Although far less bustling  today, Bug Light Park is a popular destination for picnicking, boating, kite flying and salt water fishing.  Rest rooms are available seasonally. A busy boat launching area (seasonal fees required) and a  liberty ship memorial are at opposite ends of the park. In between is a  paved walkway along the shore and out to Bug Light itself.  Seasonal events include a Kite Festival, Summer Movie Nights, a car show, and a day-long 4th of July celebration culminating with clear views of Portland's fireworks display across the harbor. The park is also available for private functions and events.

Portland Breakwater Lighthouse was built in 1875 and is one of Maine's most elegant lighthouses. Though modeled on an ancient Greek monument, it was built with plates of cast iron. It was dubbed "Bug Light" due to its small size.

The South Portland Historical Society and Museum can be found near the entrance to Bug Light Park.

Dogs permitted. Off-leash dogs must be kept within 100 feet and under voice control.

Pet waste must be bagged and properly disposed of in a trash receptacle or carried out of the park.

Consumption of alcohol and tobacco is prohibited. 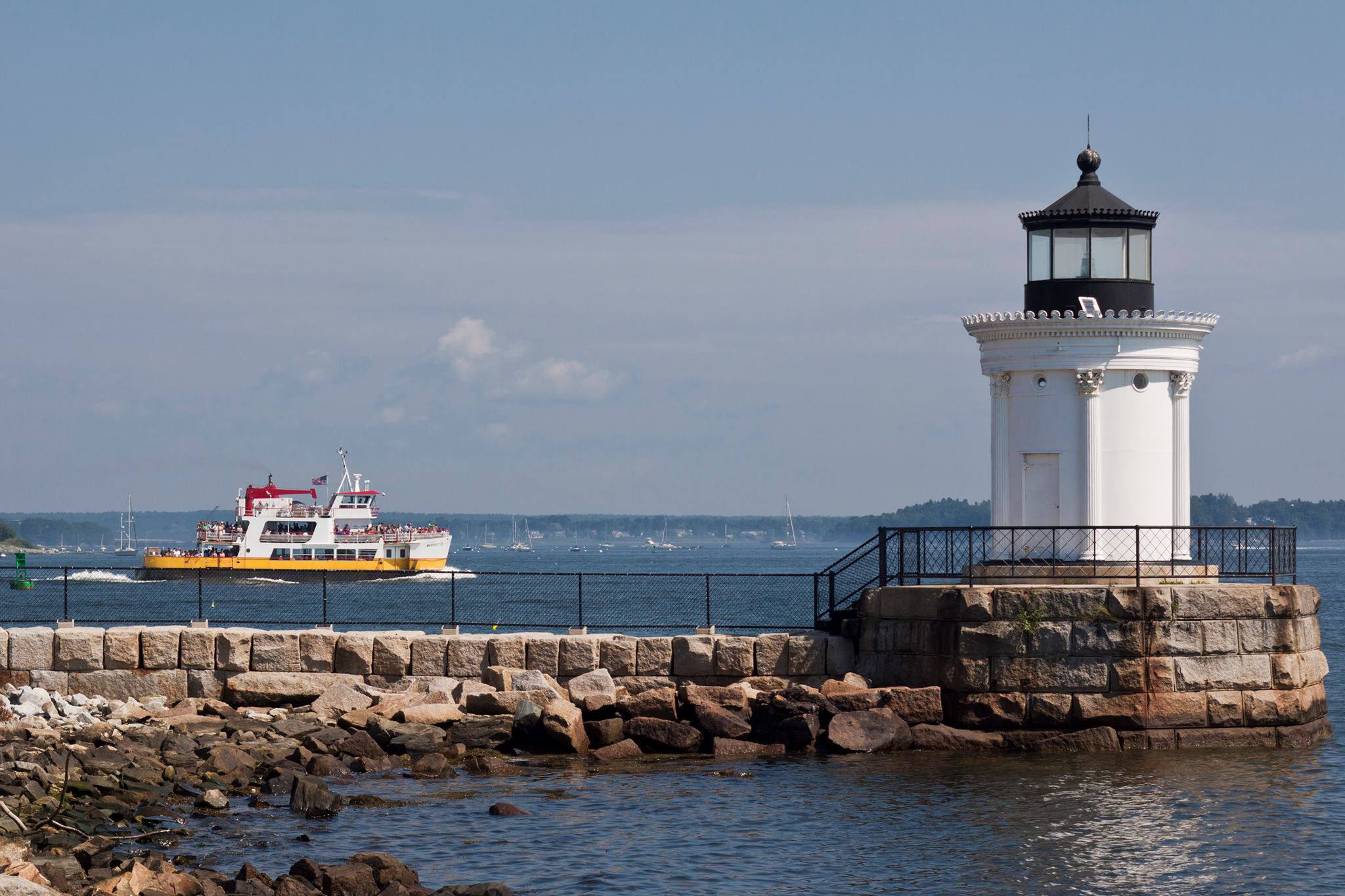